Over 30 000 NUM members went on strike on Sunday after NUM and affected coal companies-Anglo Coal, Glencore, Delmas, Exxaro Coal, Kangra and Msobo- could not reach an agreement over NUM’s demand for R 1000 for the lowest category and 14% for the artisans, miners and officials.

Spokesperson Khulu Phasiwe said in the event of the strike continuing for too long, Eskom could tap into the coal reserves kept by the various mining companies. “However, that is not ideal because we will have to truck the coal. Secondly, it will be costly. Hopefully the strike will end very soon,” Phasiwe said.

Low stockpiles and poor coal at Eskom power stations were among the main reasons for the 2008 power supply crisis. Immediately after the 2008 power shortages Eskom took steps to increase coal stockpiles from under 10 days. These included buying coal, at relatively high prices, on short-term contracts.

The coal strike could, therefore, bring back days of low stockpiles. 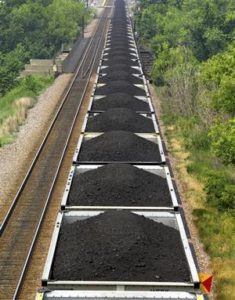