Energy should be accessible to all, but it should be sustainable

Governments need to deliberately decide that their renewable-energy strategies are energy access strategies and that these programmes are designed to not be grid-based, but rather based on a modular decentralised strategy to have many grids supplying energy where it is needed.

Delegates pledge universal electricity access by 2030, as Sairec wraps up South Africa to host global renewable-energy conference in October S Africa set to host international renewable-energy conference She noted that the rich needed to pay for the transition to clean energy, allowing the poor to continue using cheaper energy sources. “The entire world, but, more importantly, the rich world, needs to do a lot more to cut runaway greenhouse-gas emissions,” she said, noting that those attending the United Nations Climate Change Conference in Paris needed to “walk the talk” and have real ambition to change the current climate situation. Narain further said renewable energy could assist in making affordable energy sources available to large numbers of people. “We have a challenge of reducing global pollution, moving towards a greener economy and not losing sight of the fact that we need to make electricity accessible. The equity challenge is as big a challenge as the sustainability challenge.”

>Mistra executive director Joel Netshitenzhe highlighted that the institute went deep below the surface of the green economy and examined some of the reasons behind South Africa’s slow progress in moving to a low-carbon economy. The book acknowledges the impressive progress that South Africa has made in its procurement process for renewable energy. Yet, it also warned that long-term sustainability of such programmes depended on increasing socioeconomic impact, especially among communities previously marginalised in the country’s historical socioeconomic evolution. 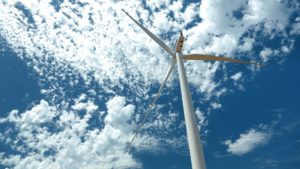